What Effect Do Foreclosures Have on the Nation’s Existing-Home Supply?

What Effect Do Foreclosures Have on the Nation’s Existing-Home Supply?

For the last five to six years, the number of foreclosures has been steadily declining since hitting a peak. December 2015′s total of 32,000 completed 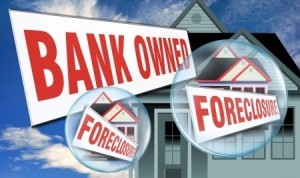 foreclosures represented a decline of nearly 73 percent from their monthly peak of 118,000 reached in September 2010, according to the latest data from CoreLogic.

“A rise in the number of existing homeowners moving home or selling vacant properties is required to provide a sustainable improvement in housing market liquidity,” Pointon said.

Data shows that between 1990 and 2005, foreclosures accounted for less than 10 percent of the flow of existing homes on the market. When the financial crisis occurred in 2008, foreclosures surged, and as a result, foreclosed homes as a percentage of existing-home inventory reached a peak of 80 percent in early 2011. Since then, it has returned to between 15 and 17 percent, Pointon said.

“A rise in the number of existing homeowners moving home or selling vacant properties is required to provide a sustainable improvement in housing market liquidity.”

However, data shows that along with a decline in the number of foreclosures, the share of delinquent borrowers (30 days or more late on their mortgage payments) has also declined, recently hitting a 10-year low. The decline in delinquent borrowers may have more to do with the current low inventory numbers than declining foreclosures do, according to Pointon. In a hypothetical scenario that assumes the number of foreclosure starts remained closed to their peak levels from 2009 and 2010, existing homes for sale would have returned to slightly less than two million per quarter—their pre-crisis level.

“Given that, it is tempting to ascribe the current low numbers of homes for sale to the drop in mortgages experiencing payment difficulties,” Pointon said.

Unfortunately for the housing market, existing-home inventory may remain at low levels for the foreseeable future.

“While the drop in foreclosures to normal levels has not helped matters, low numbers of existing homes for sale are due to a reluctance on behalf of current owners to sell-up or move,” Pointon said. “With no sign of that changing anytime soon, market conditions are set to remain tight.”

Search For A Home

Send us a message